Hello again! Thanks for taking the time to come back and visit TrueGrub. It does really mean a lot to me. Before I can get started with a cooking demonstration or recipe, I need to make sure my readers are familiar with probably the best tool in the cooking game: Cast-Iron!

I became familiar with cast-iron while I worked as a dishwasher during high school. I worked in a massive kitchen that used cast-iron for cooking nearly everything. They do require some maintenance, so novice cooks tend to shy away from them. I say shy no more! I will provide an easy maintenance routine towards the end of the post.

The picture above is actually showcasing two of my beloved cast-iron skillets. I really only stand behind one brand because these skillets have served me so well, and that brand is Lodge. The skillet pictured on the left is their 12 inch model, and the one on the right is the 10.25 inch. I purchased mine from Amazon, and I recommend them for fast shipping but if you can find a pan in store go ahead and snag it.

Lodge is an interesting company that is tried and true but they have that feeling of the store up the road.

Now you might be wondering why this amateur college cook is so concerned with a good pan, but I have to tell you, the pan makes everything! Cast-iron skillets hold in flavor from previous cooking sessions, and they are able to provide an incredible sear that you just can’t get in a stainless steel or non-stick pan.

This particular Lodge model adds versatility due to its depth. The 12 inch model has a 2.5 inch basin, and the 10 inch has a 2 inch one. This allows for the searing off of meat and then cooking in the oven, completely cooking meats in the oven, or creating a dish in the pan and then covering to cook in the oven or on the stove-top.

My oven is a little small so if I’m using the larger pan, I have to warm it up in the oven to get even heating, but I haven’t noticed this as an issue with the smaller pan. I cook nearly all of my meals (except sauces) in my cast-iron, and that might seem daunting to some but it shouldn’t. The pans can be a bit heavy and require some maintenance besides just washing, but I promise you that once you go cast-iron, you won’t go back!

The reason that these pans require so much upkeep is because they are made of the same material that ancient warriors had their armor made out of. These iron suits were made in a similar manner to that of a Lodge pan, and both are susceptible to rusting if not taken care of properly. Fear not kitchen warriors, follow these easy steps and your cast-iron should stay in tip top fighting shape:

Thanks for stopping by everyone! Leave a comment if you have any questions.

One thought on “The Case for Cast-Iron” 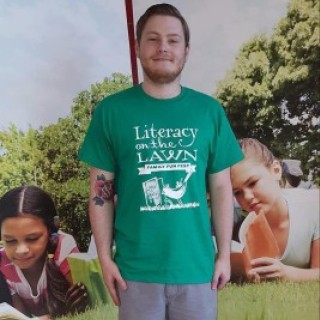 I am a college senior living and attending school in the Midwest. I am actually an English major, and have the hopes to become a novelist someday. In the meantime, I enjoy studying technical writing and exploring the many different facets there are to the English language. I stumbled upon cooking a few years ago when I moved out of my parents’ house. I got really tired of the same old ramen package every night, or eating out so much. Getting take-out can be a nice timesaver, but the cost and health issues attached to it were more than enough to convince me to cut way back. I started exploring the web for cool recipes, and began watching a number of TV cooking shows. Through Youtube tutorials and the Food Network, I was able to learn the basic skills of cooking a good meal.